Let’s make our city carbon-free!
A 48 hour Ideathon in the city of Thessaloniki

Between 13th and 14th November 2021, the first Climathon in Northern Greece took place at the ΟΚ!Thess, Makridi Mansion in Thessaloniki bringing together 35 active citizens who were eager to develop their ideas for the improvement of the city.

What is Climathon?
EIT Climate-KIC’s Climathon is the world‘s biggest 24hr climate innovation hackathon. It is a rapidly growing global movement focused on citizen engagement that sees cities and citizens coming together to solve local climate change challenges. Climathon is a city-based programme that offers a clear pathway to action and interaction – an opportunity for cities and citizens to co-create local ideas to shared climate challenges. Climathon brings together students, young and older people, organizations, local stakeholders, the public and private sector, and the local authorities in order to tackle a local challenge.

The challenge set for Climathon Thessaloniki 2021 was “Urban Energy Transition“.

Environmental problems, which are particularly acute in cities, have multiple consequences in terms of physical and mental health, economic, and social life. The latest data from leading scientists show unprecedented changes in the planet’s climate. In the United Nations Framework Convention on Climate Change (UNFCC), climate change is defined in particular as climate change due to direct or indirect human activities. Immediate, rapid and large-scale reductions in greenhouse gas emissions and the achievement of zero CO2 emissions can reduce climate change and its effects.

Energy transition is a major structural change in an energy system. It concerns the transition from a system based on fossil fuels (oil, gas and coal) to a system dominated by clean, renewable electricity. The goal is to reduce energy-related carbon dioxide (CO2) emissions.

Based on the Special Report on Emission Scenarios (SRES) of the United Nations Intergovernmental Panel on Climate Change (IPCC) published in 2014, it is estimated for the climate of Greece that the temperature in the country will rise by 2.5 degrees Celsius on average until 2050 compared to the period 1961-1990. At the current rate of consumption and production, the Earth Overshoot Day for Greece was for 2021, on May 22nd.

1st subtopic: “Sustainable and Aesthetically Pleasing Urban Buildings”
The aim of the challenge is to develop proposals and practical ideas for the upgrading of building infrastructure in order to save energy, reduce energy costs, reduce carbon dioxide (CO2) emissions and use high energy efficiency technologies.

2nd subtopic: “Household Energy”
The purpose of the challenge is to develop proposals for saving energy consumption and/ or for the energy transition at the household level, with the aim of reducing the total electricity or heat consumed in it.

3️rd subtopic: “Open Data and Participatory Design for Energy and Climate”
The aim of the challenge is to develop proposals for the enrichment of the Open Data Portal of the Municipality with data on Energy and Climate concerning the city of Thessaloniki and the mobilization of citizens for active participation in the processes.

4th subtopic: “Environmental Awareness: Citizens’ Education”
The purpose of the challenge is the participants to develop proposals focused on the citizens, in order to raise awareness on energy, environment, public space and sustainability and turn them into an active member in the city.

6th subtopic: “Sustainable Urban Mobility”
The purpose of the challenge is to develop proposals that will help improve transportation in the city of Thessaloniki, with emphasis on the following: Developed and affordable transport system for all, Improved road safety, Noise reduction, Reduced air pollution, Reduced energy consumption, Improving the efficiency and cost-effectiveness of transporting people and goods and Improving the attractiveness and quality of the urban environment.

7th suptopic: “Optimization Solutions for Distribution Networks”
The purpose of the challenge is to develop proposals that will address general solutions for optimizing distribution networks of any kind.

The first team proposed the development of an app named “EcoXchange” that rewards citizens with points for ecological lifestyle. The user creates a personal profile and tracks his/her activity and by performing specific ecological deeds the user earns points. He/She can “trade” these points and enjoy some benefits. The ecological behavior consists of: Walking or use of public transport, bicycle – Recycling of batteries, cooking oil, electrical appliances – Volunteering in ecological activities. The rewards are: Free public transport tickets – Free public bicycles/scooters rides – Discount in bio-product shops  – Free tickets for cultural events.

The second team, making use of the open data provided by the Municipality of Thessaloniki, calculated and spatially located the density of tree lines within the communities and the areas of natural shading in the municipal communities. In addition, they compared the areas of high population density with the areas of lack of greenery and with the maximum values ​​of temperatures recorded in the given areas. Their proposal “THESSTree” refers to the creation of a network of urban green spaces, by creating spaces that can be used by as many people as possible (e.g. people of different ages), without the need for specialized adaptations, and which make people feel safe, through the use of suitable tree species.

The third team dealt with methane emissions. They suggested collecting the city’s organic waste and using it to produce compost and biogas. The basic preconditions for the development of the idea are the existence of specialized bins and the initial sorting of garbage by the citizens. They also suggested ways to raise public awareness (e.g. providing small bins and a package of biodegradable bags to a number of households, advertising spots) so the citizens embrace the initiative. 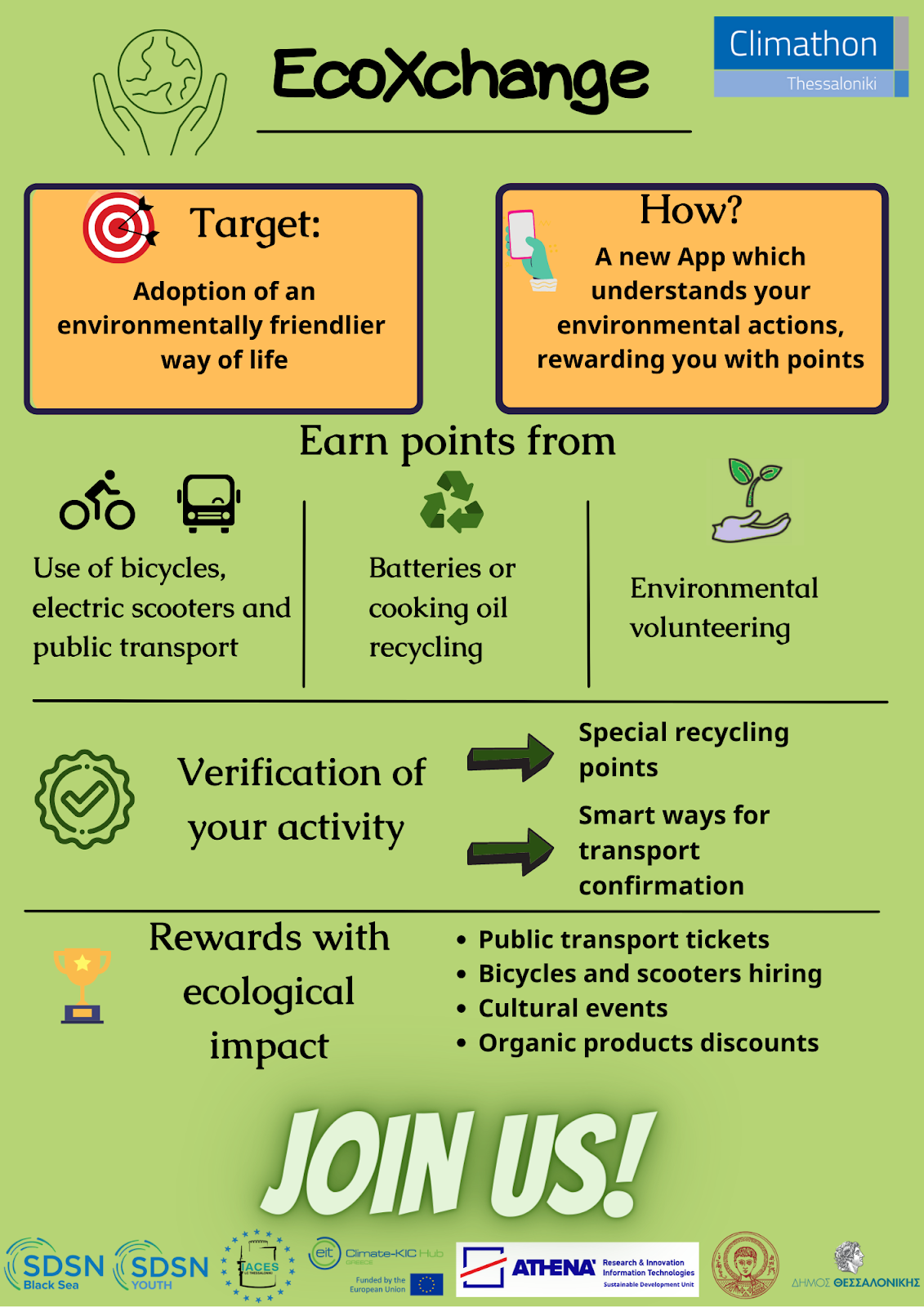 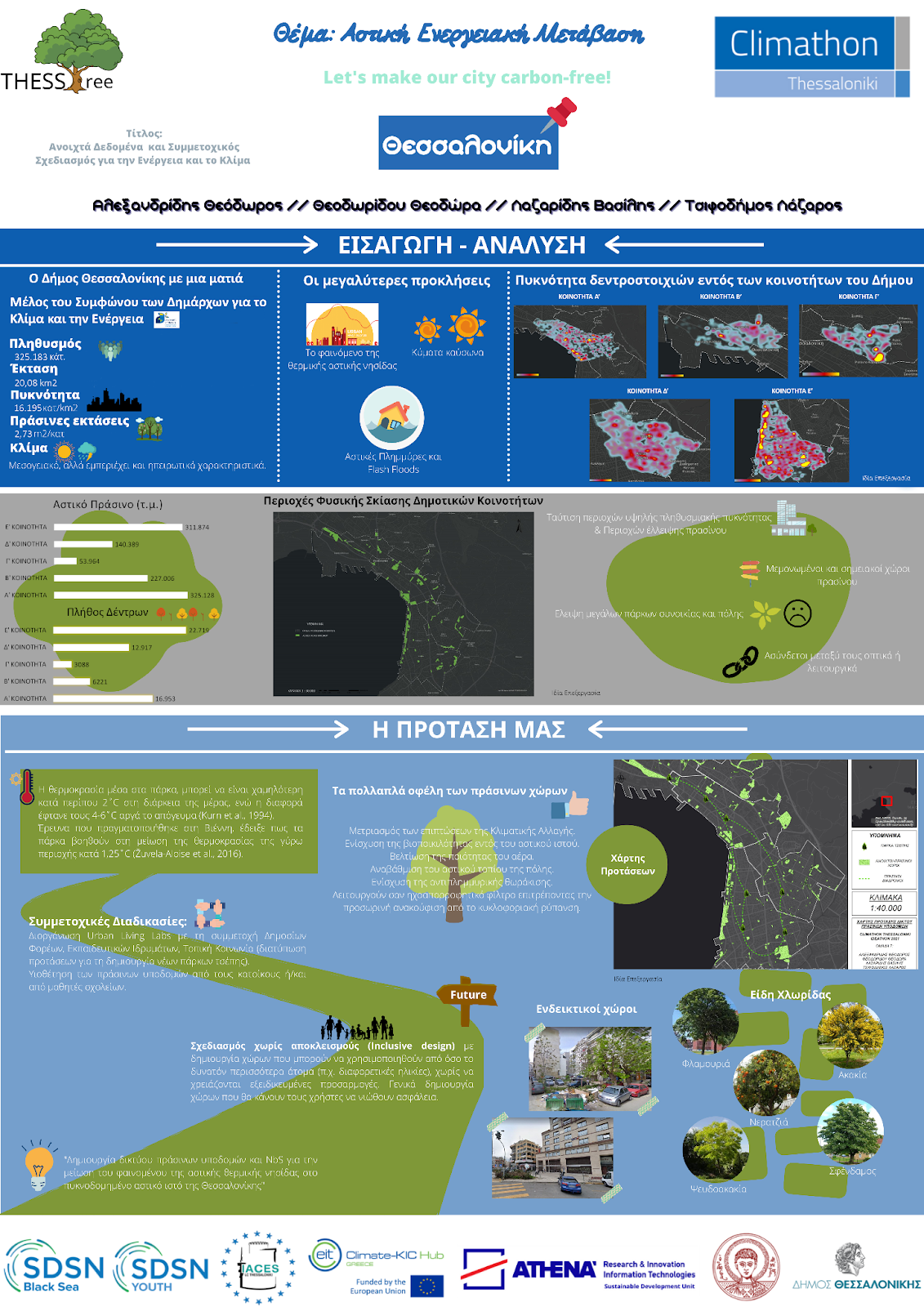 The awards for 1st place were: 1. Meeting with the Mayor of the city, 2. Gift voucher of 400 euros, 3. Gifts from the Aristotle University of Thessaloniki, 4. Souvenirs from EIT Climate KIC, 5. Participation in the European Climathon Awards 2022, 6. Immediate attendance to the second round (bootcamps) of the 13th Acceleration cycle of OK!Thess.

The awards for the 2nd place were: 1. Gift voucher of 200 euros, 2. Gifts from the Aristotle University of Thessaloniki, 3. Souvenirs from EIT Climate KIC, 4. Participation in the European Climathon Awards 2022, 5. Immediate attendance to the second round (bootcamps) of the 13th Acceleration cycle of OK!Thess.

The awards for the 3rd place were: 1. Gift voucher of 100 euros, 2. Gifts from the Aristotle University of Thessaloniki, 3. Souvenirs from EIT Climate KIC, 4. Participation in the European Climathon Awards 2022, 5. Immediate attendance to the second round (bootcamps) of the 13th Acceleration cycle of OK!Thess. 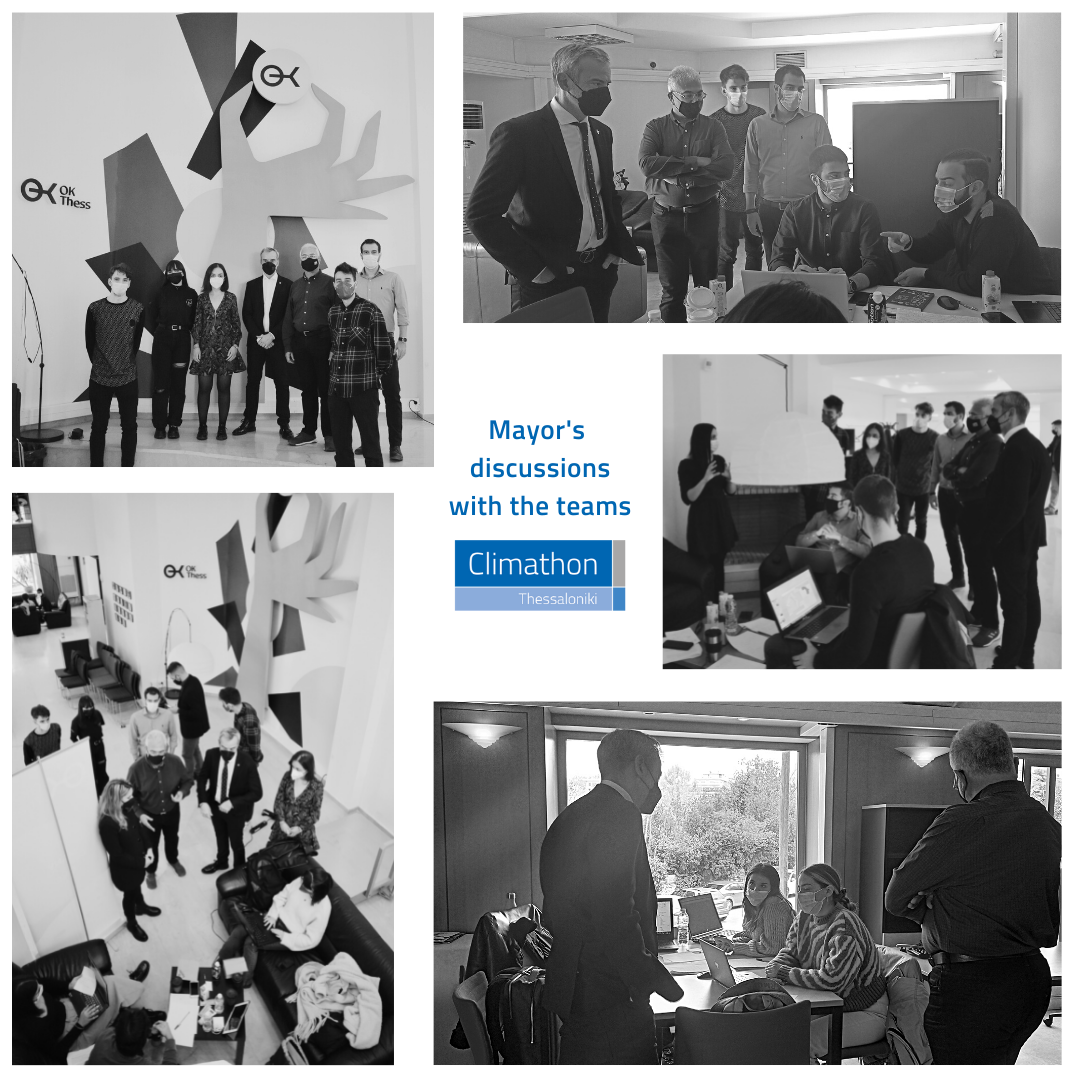 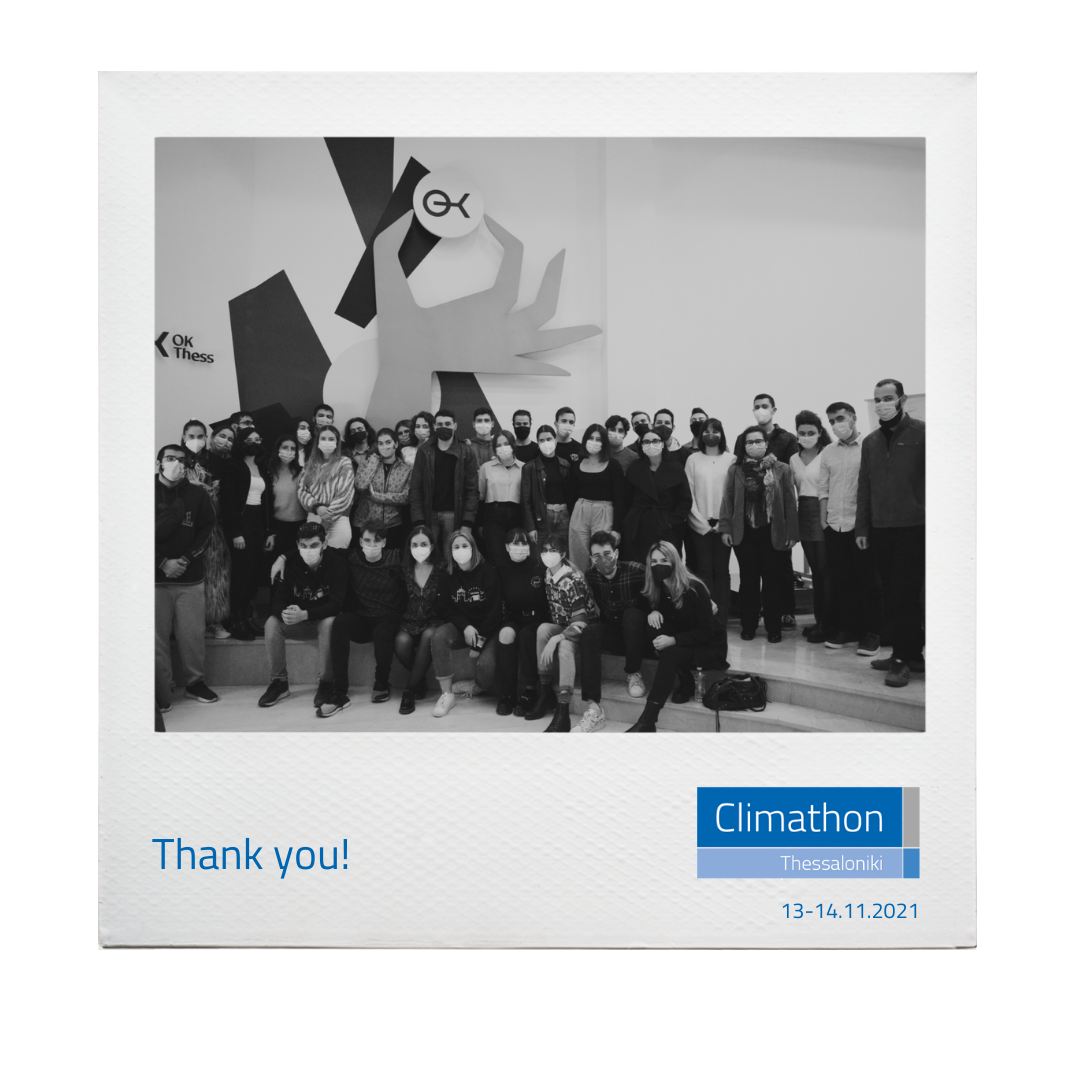 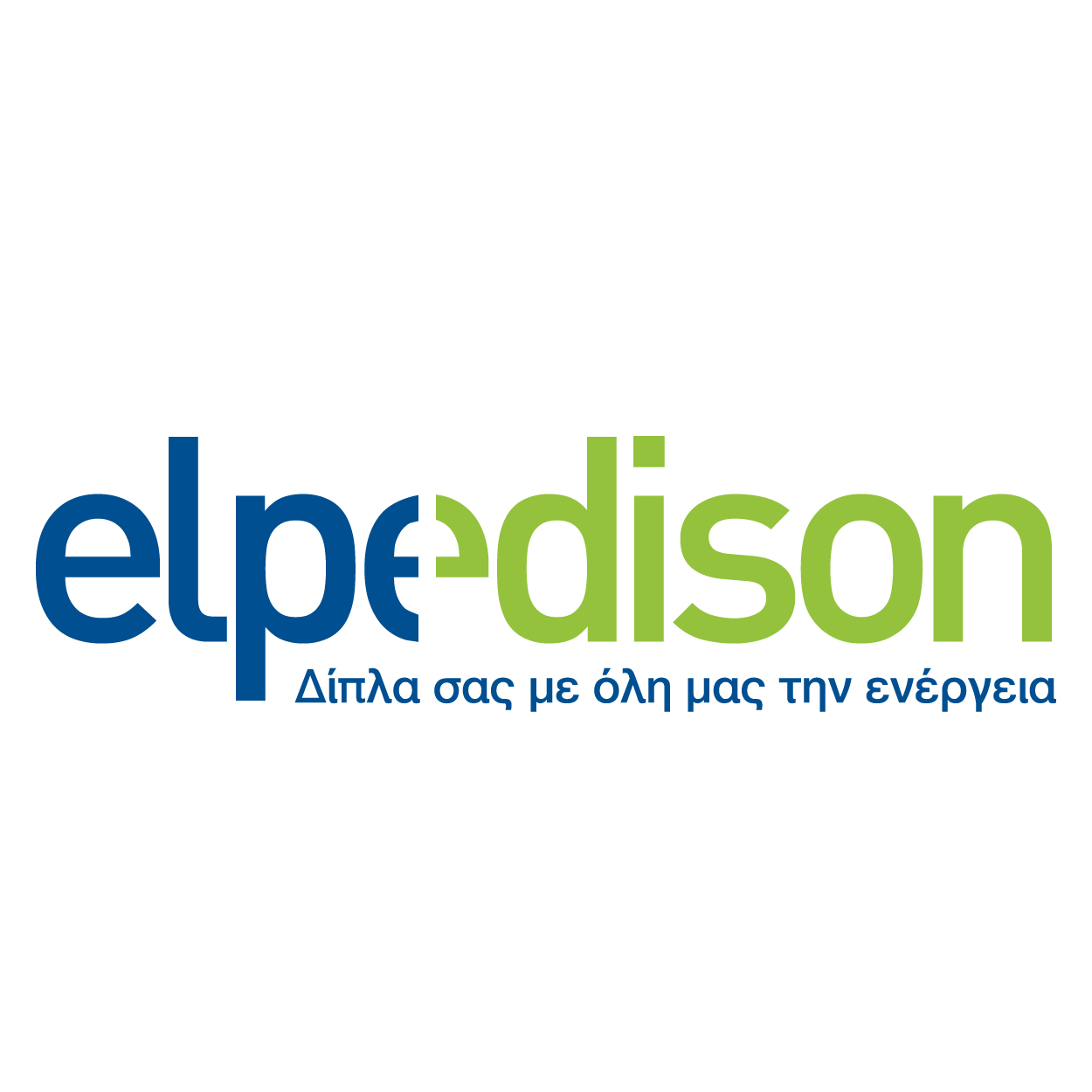 Information about the co-organizers

IACES LC Thessaloniki is a voluntary, non-political, non-profit organization, affiliate of the global organization of Civil Engineering and Related Sciences students, IACES (International Association of Civil Engineering Students). The goals of the organization are connection of students with the professional engineering market, interconnection of AUTh students with students from other Universities, in Greece, and abroad, and supplementary education of students. The organization has been active at the Aristotle University of Thessaloniki since March 2017, having organized a number of events with accepted students of the Polytechnic and the Aristotle University of Thessaloniki, as well as students from universities abroad.